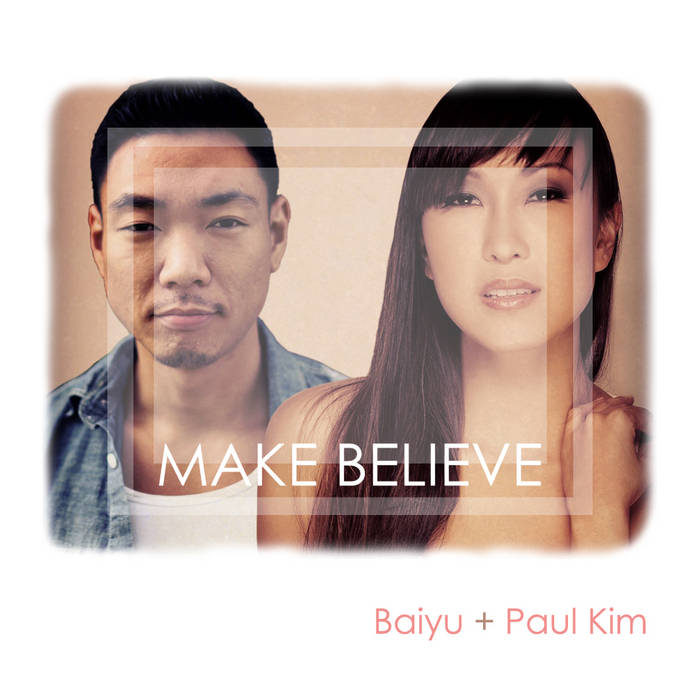 When two great talents put forth their deepest of emotions in a single melody, magic is created. Such is the case with the Valentine's Day release of "Make Believe", a soon to be classic by Pop/R&B soulstress Baiyu, featuring the musically gifted Paul Kim. On the heels of Baiyu's MTV debut and Paul's Korean release with XP Entertainment, these two vocal power houses set out to not only make great music, but make history.

American Idol Season six contestant Paul Kim is "excited to be on this record with an amazing artist such as Baiyu, and had a lot of fun doing this song with her."

"When producer Vaughn-J played this song for me," explains Baiyu "I was immediately taken back with how deeply it digs into a couple wanting to be with each other so badly, yet at the same time being pulled apart by circumstance. I feel like Valentine's Day means a lot of different things for different people, and it's not always about chocolates and roses. Sometimes, what makes love so endearing and powerful are the tears and longing that come with not being able to be with the one that you feel like you're meant to be with."

Baiyu and Paul have been anxiously planning the release of their single for quite some time at the anticipation of their fans, and are excited to be able to share their song on the most romantic day of the year. They are slated to complete the music video for "Make Believe" in February, with word of premiering the visuals in late March or early April.

For more information on...